“I particularly liked the idea of amplifying the installation showing the reconstructed caves of Lascaux 3 at Gwangmyeong, and I wanted to take to Korea the memory of landscapes I’ve been familiar with since childhood.

I also like the edge-of-town site, as green as it is industrial, of the old Gwangmyeong mine. It seemed interesting to set a project down there like a question mark, the Lascaux cave being one of the great mysteries of humanity. And so, the installation that is going to Gwangmyeong to house Lascaux 3 will itself be an enigma.

Externally, the building will consist of containers of varying heights: I’ve imagined it as being abstract and black, an evocation of night and the darkness of the cave. Over the piled-up volumes, which emerge from each other, the paleontologists’ findings will appear, along with the drawings from the cave, like traces of chalk on a huge black blackboard.

The containers are 12 metres long. Inside, their structures will create a neat mathematical system, with a volumetry that will serve as a backdrop for the evocation of the scenery and biotopes of the cave and surrounds; of the Vézère River, which snakes around the foot of Lascaux, with its forests of oak and chestnut trees, its rocks, ferns and mosses, which are for me the heart and soul of the Périgord. Images will be streamed all round to create an intense image-surround like a cyclorama in relief, immersing the visitor in an atmospheric impression of a cavernous world, a world of somber and intriguing forest undergrowth. Almost all of the volumes will look to be covered in images, but without it being clear where the spatial limits are. This indefinable cyclorama will contrastingly house the heart of the travelling Lascaux 3 exhibition, with the course the exhibition takes, as it moves between darkness and light, progressively uncovering the very heart of the exhibition with its reproductions of caves, simulations, and interactive educational elements… Visitors’ silhouettes will be projected, like so many ghostly presences, over the walls. As visitors stroll along, their shadows will conjure up those that people the myth of Plato’s cave, thereby creating the magic of this trip in time and space.” 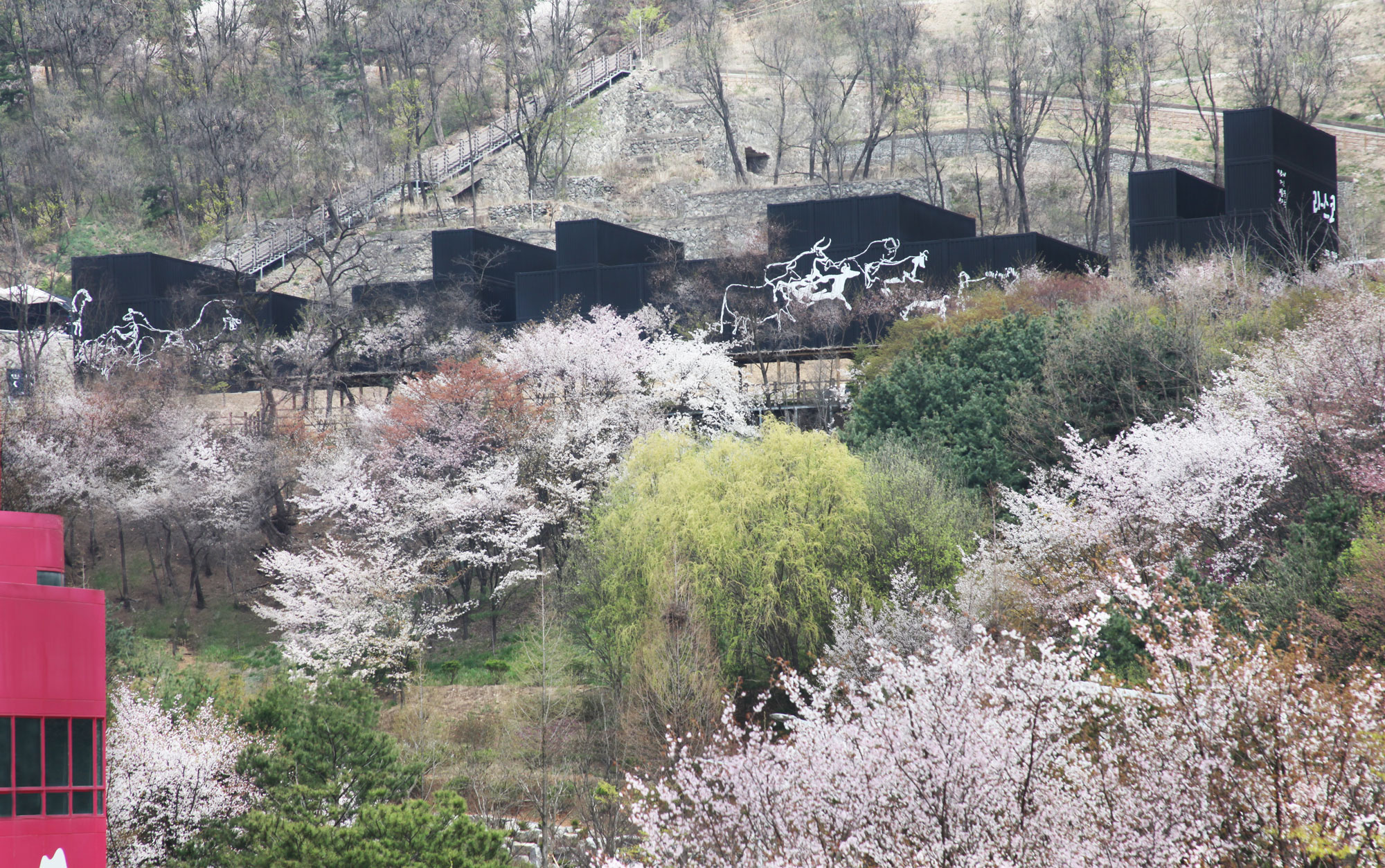 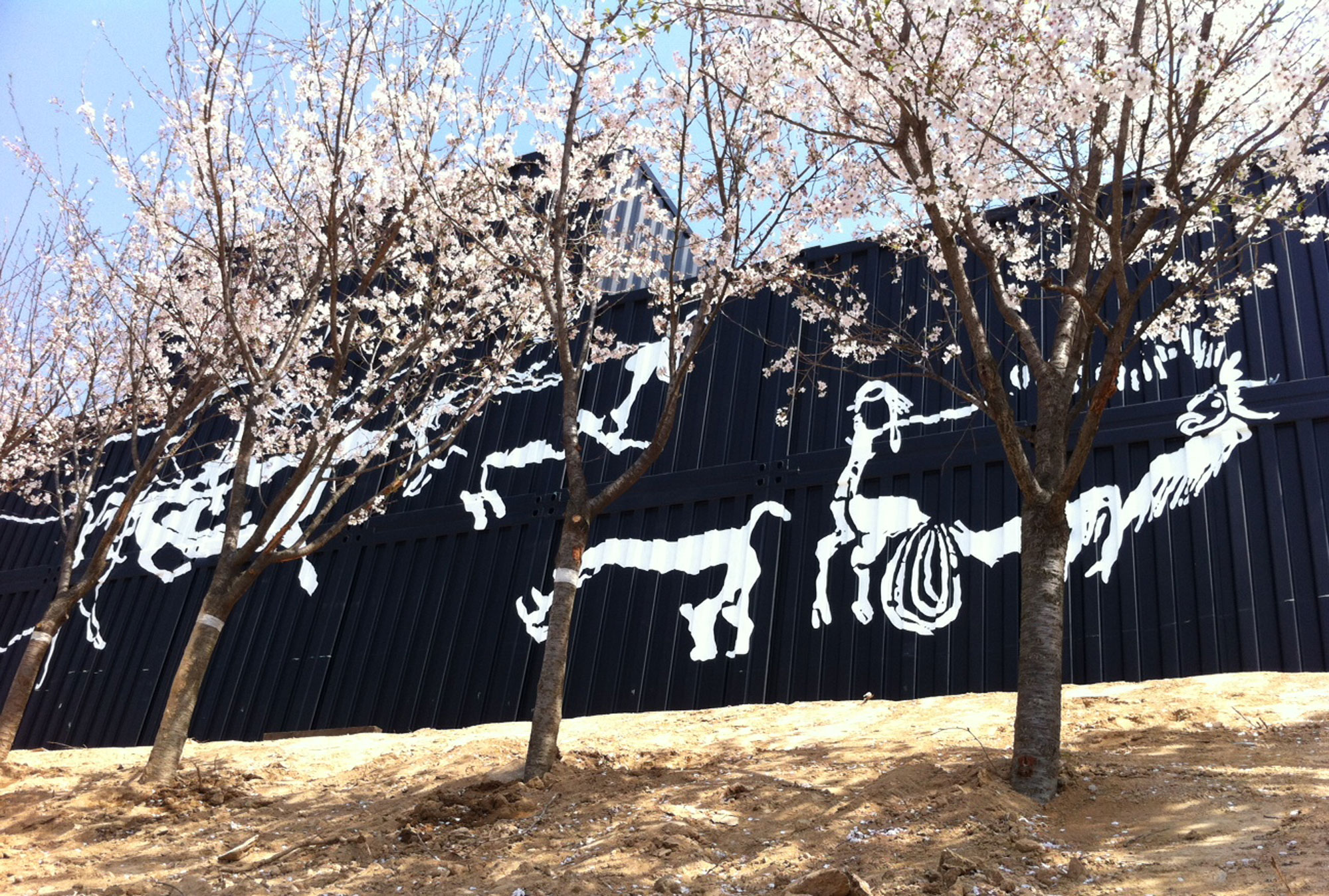 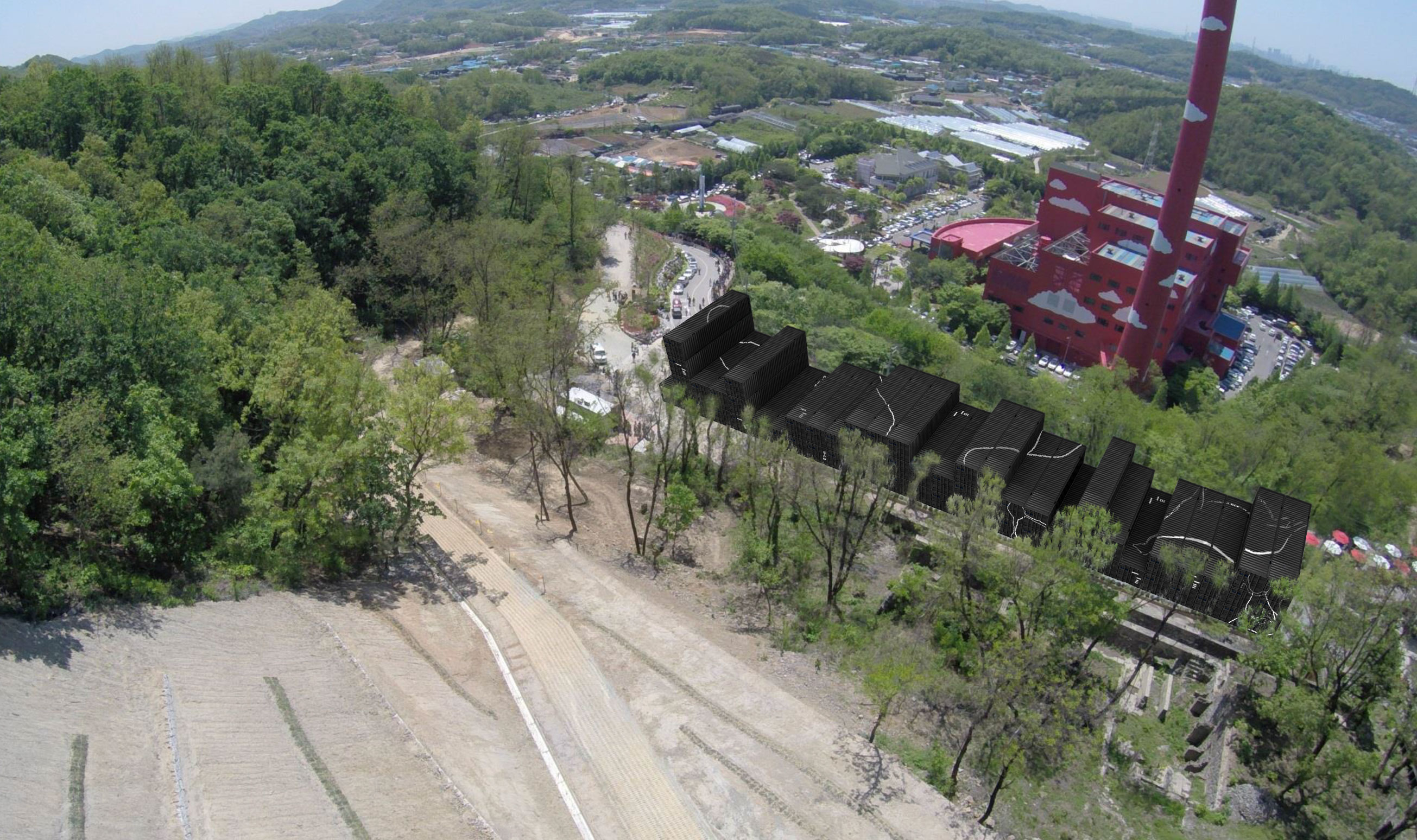 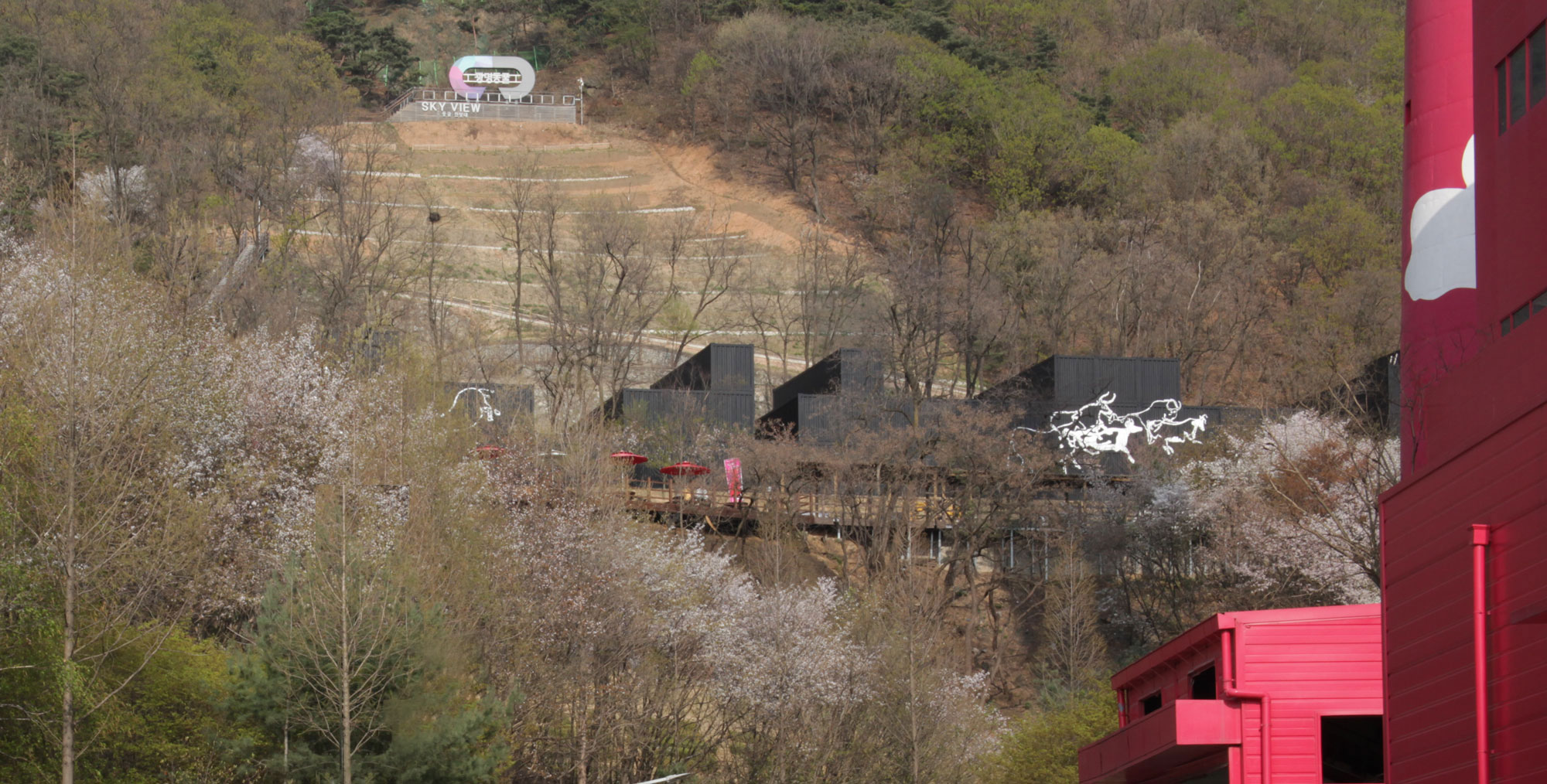 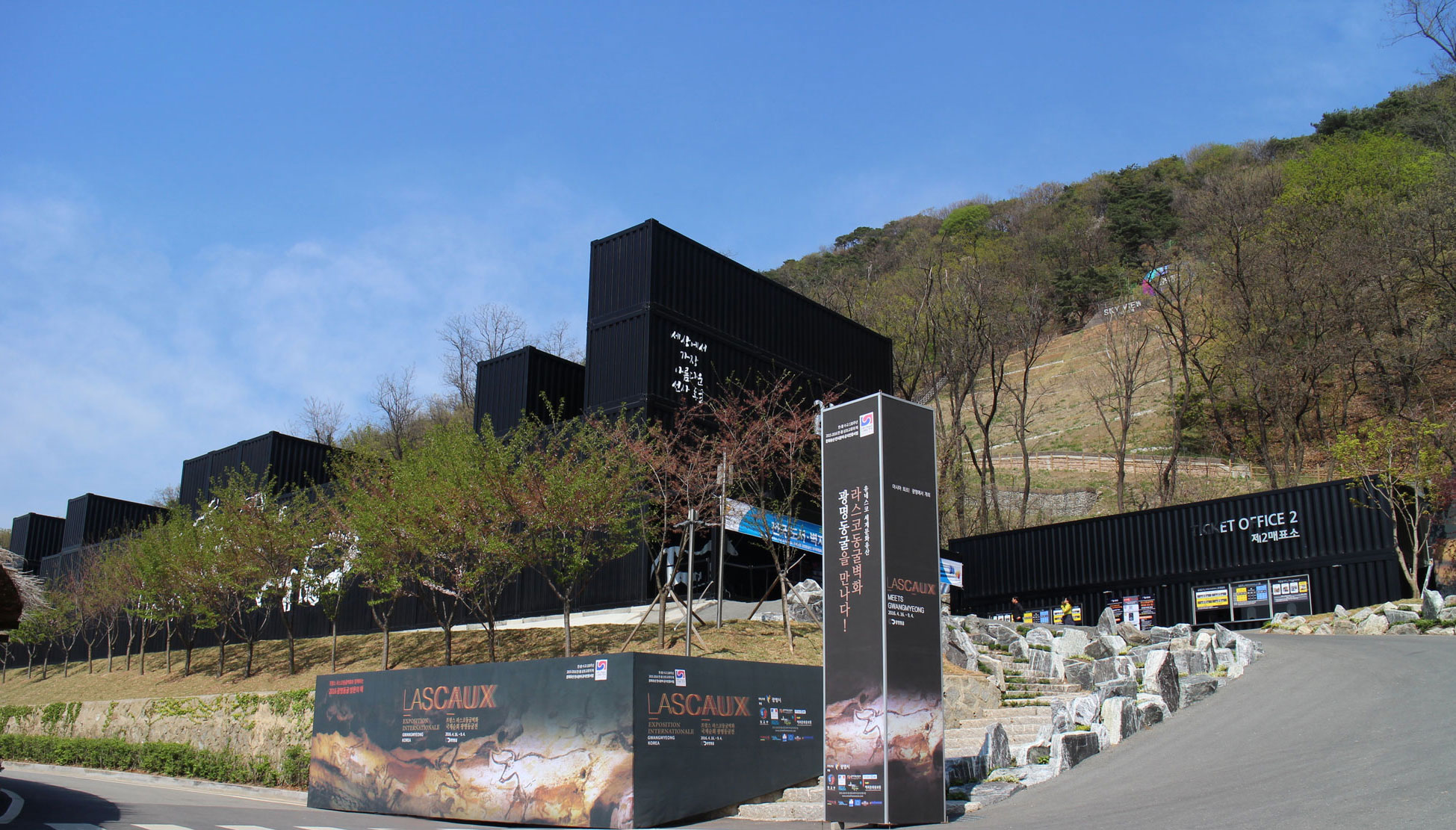 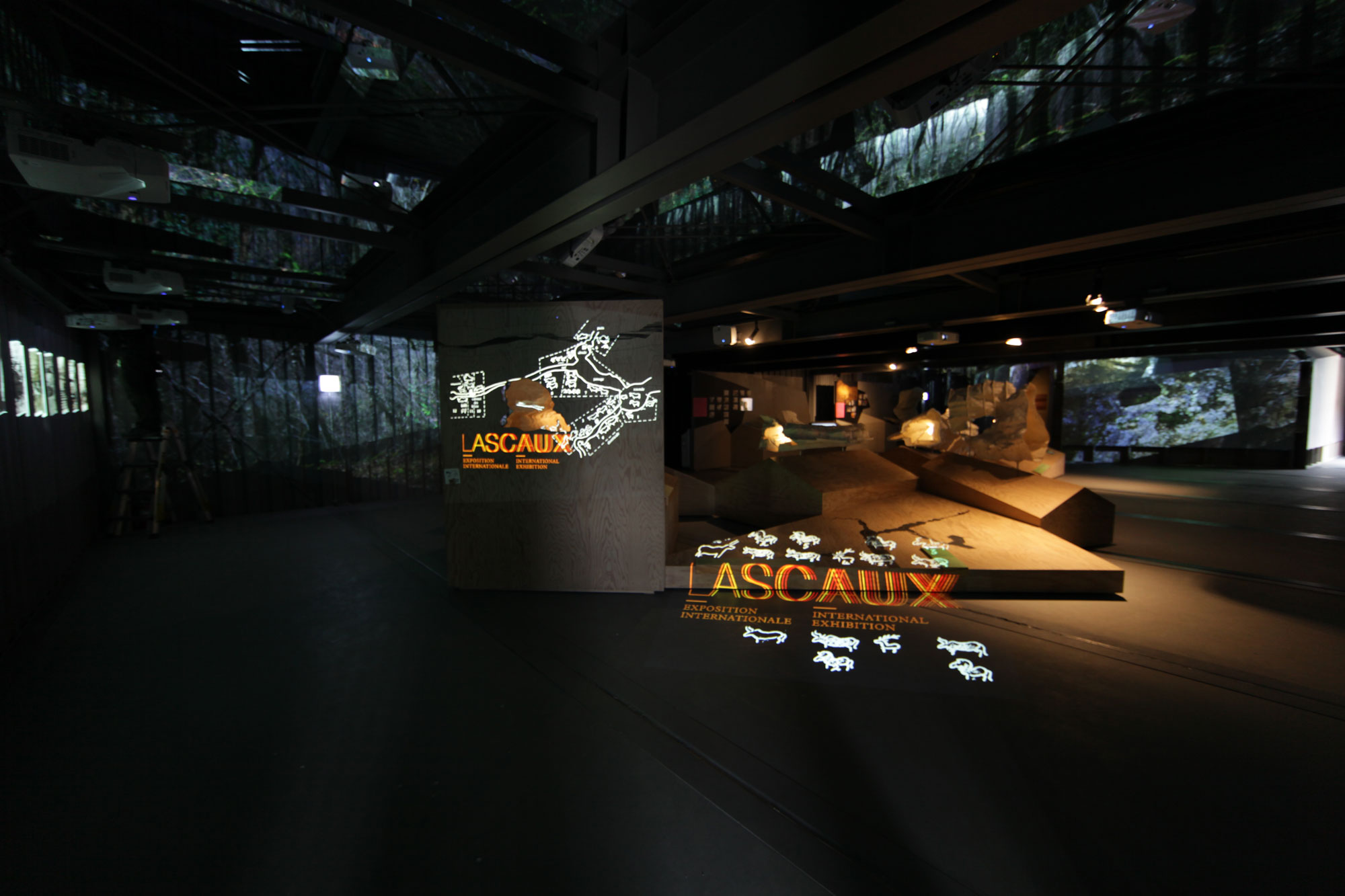 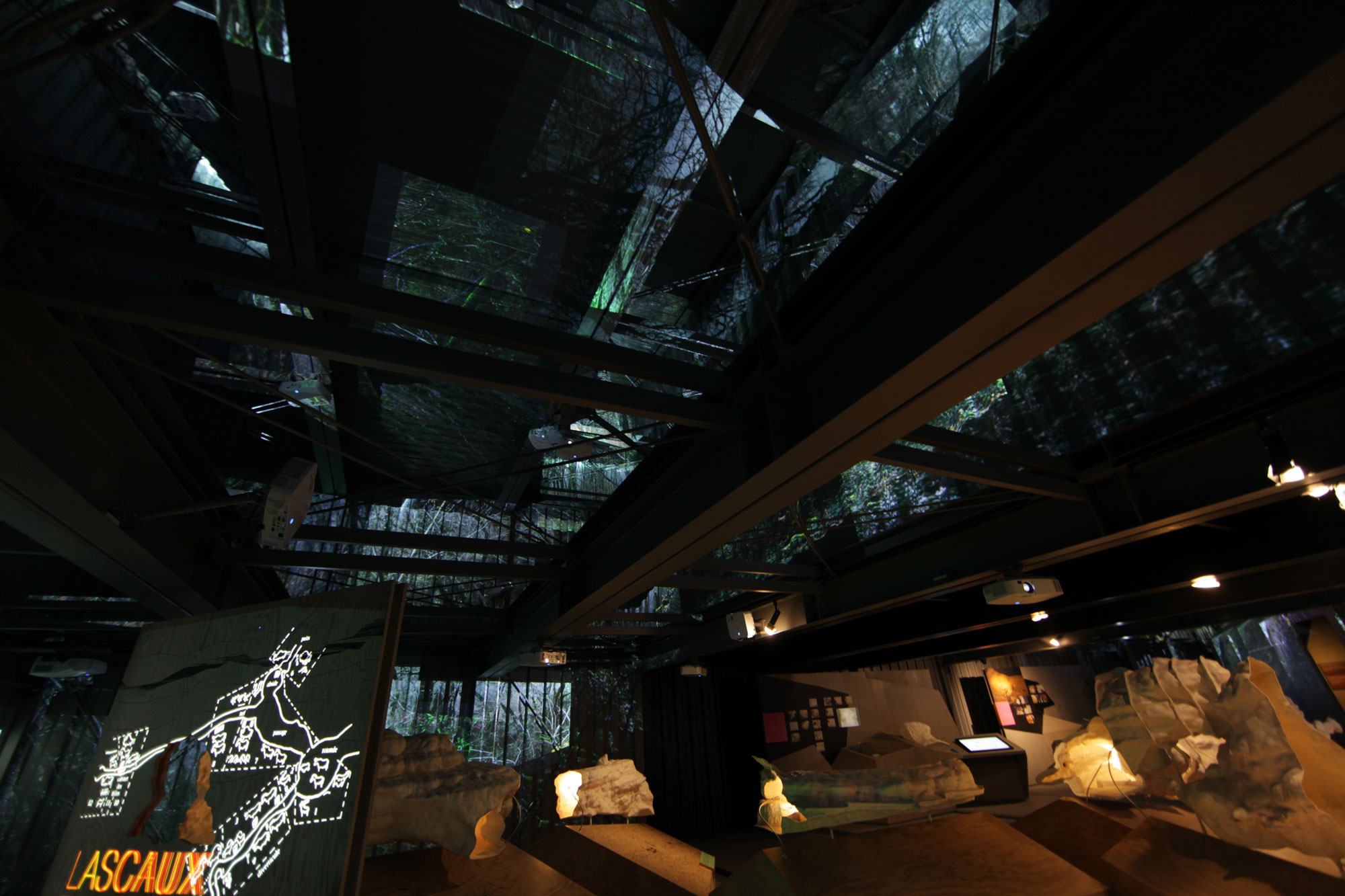 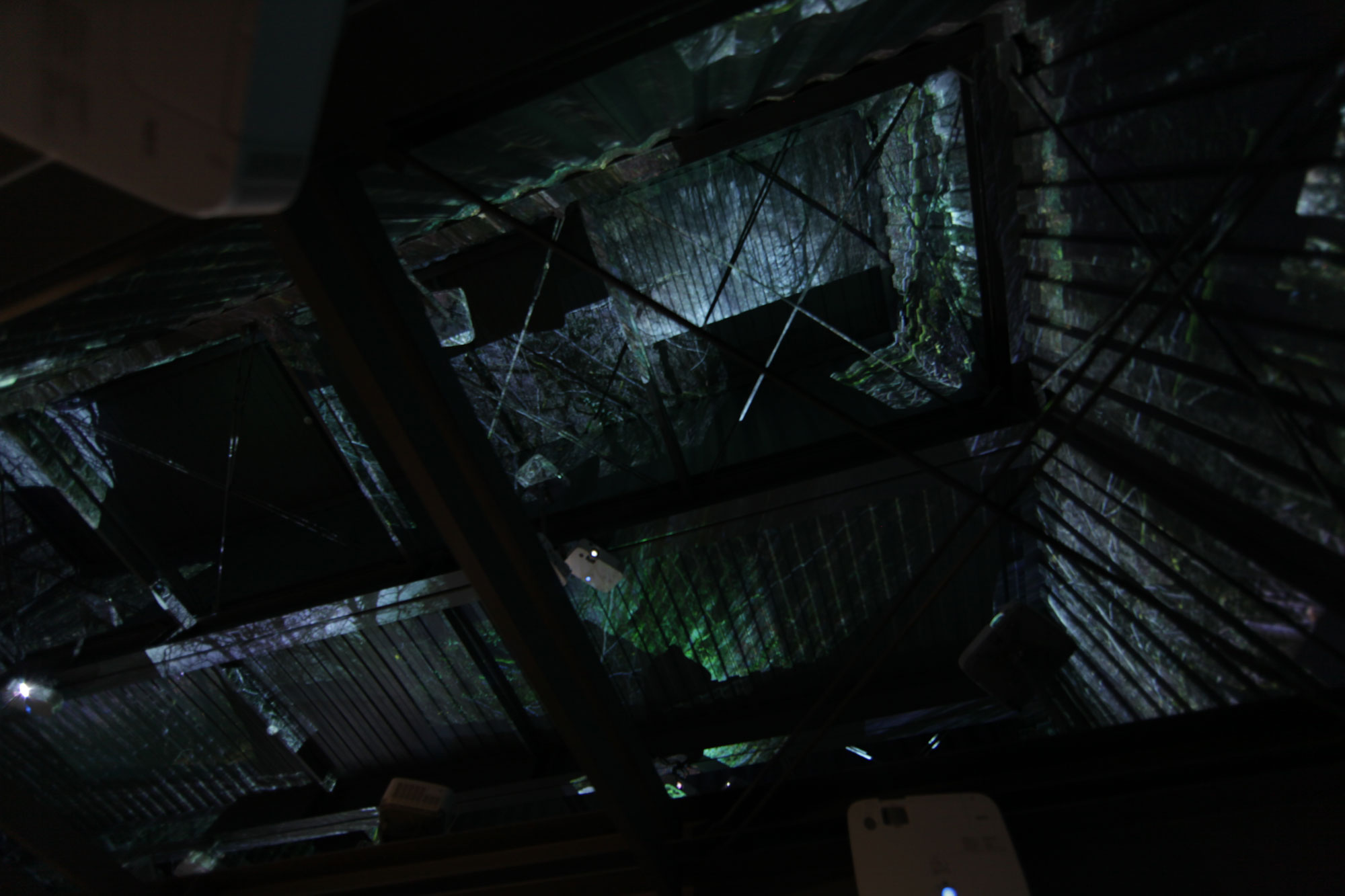 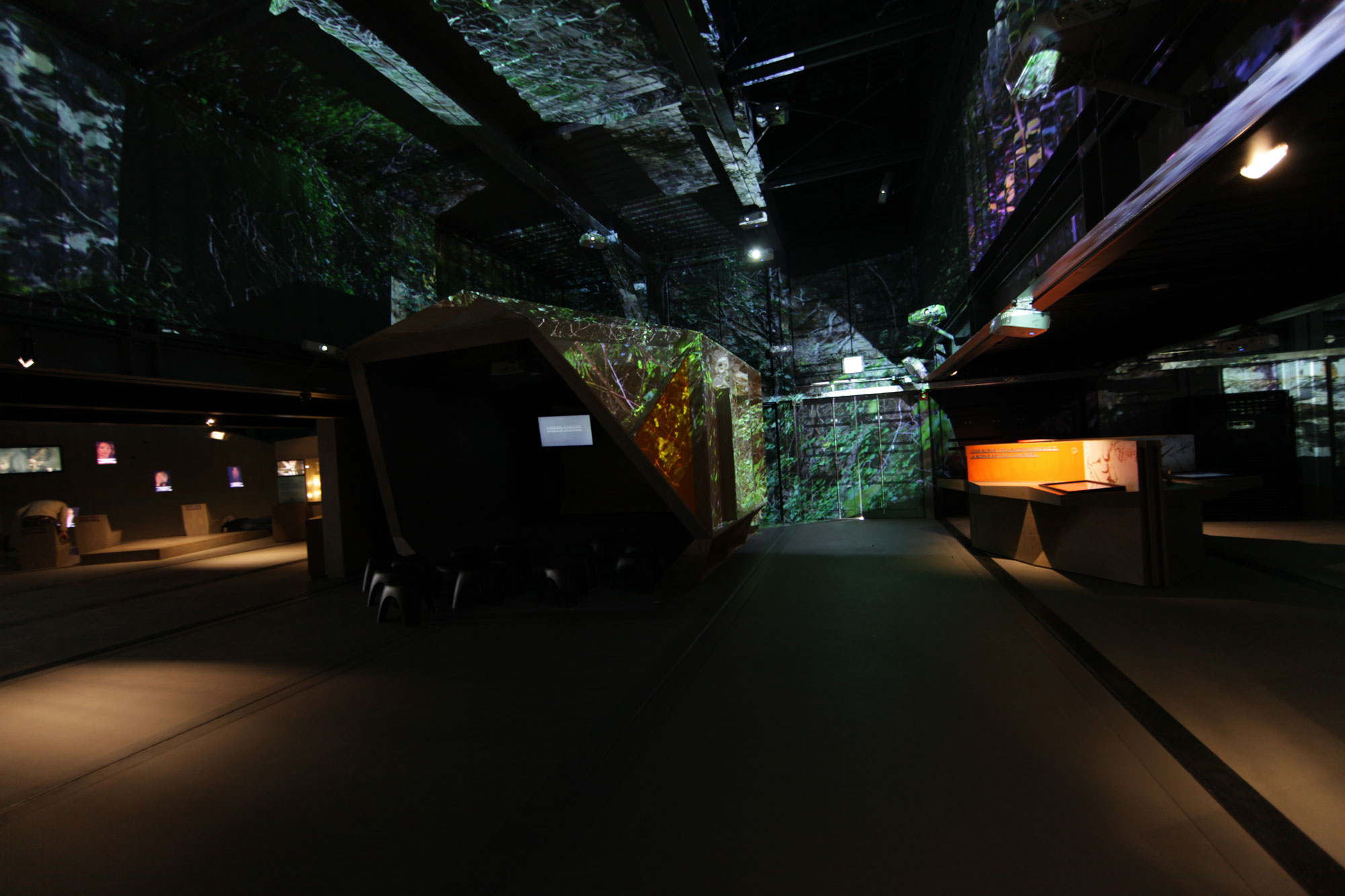 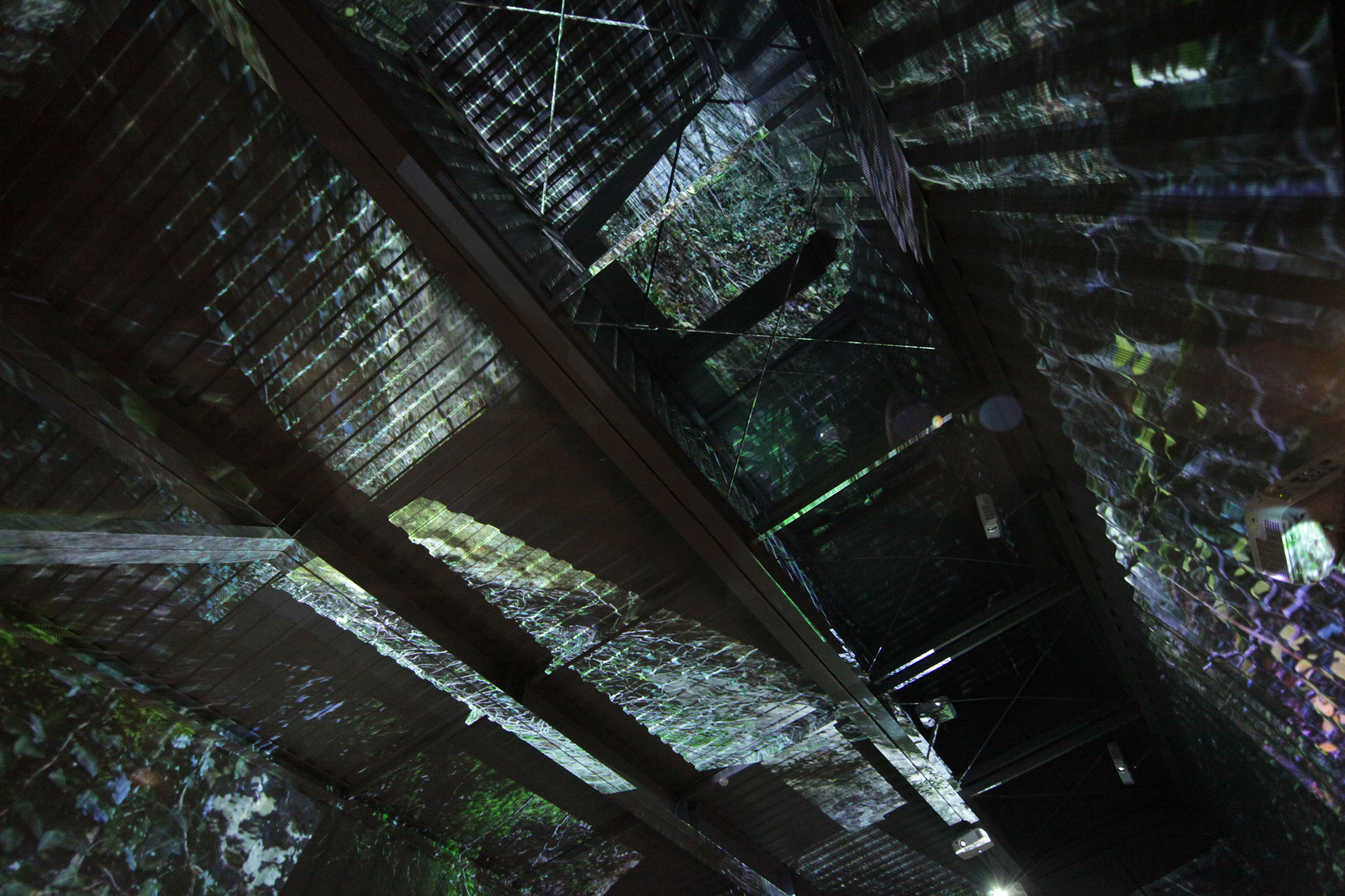