Jean Nouvel has often declared his hostility to the trivialising effects of commercial franchises.

Invited to overhaul Ruco Line boutiques worldwide, he thereby takes up a major contemporary challenge: how to prolong the memory and retain the specificity of real places, wherever they happen to be, while “replicating” a concept and maintaining a single brand, from one city to another and from one continent to another.

Jean Nouvel draws inspiration from, and anchors each project in, the ornamental features that characterise the existing spaces. In each boutique, he chooses to focus on the envelope, bringing out the original formal characteristics by amplifying them. The envelope is magnified and particularised through an envelope of white plaster.

In this form of revealed architecture, the scenography peculiar to each store is set up through the creation of “tableaux” based on frames of metal rods. These frames define each space, marking the walls as well as the floor and ceiling, and acting as supports for Ruco Line shoes and bags. Each space stages its own unique tableau, featuring Ruco Line products.

Tall luminous totem poles shed bright white light that spreads over the ceiling, highlighting the formal singularity of each store. 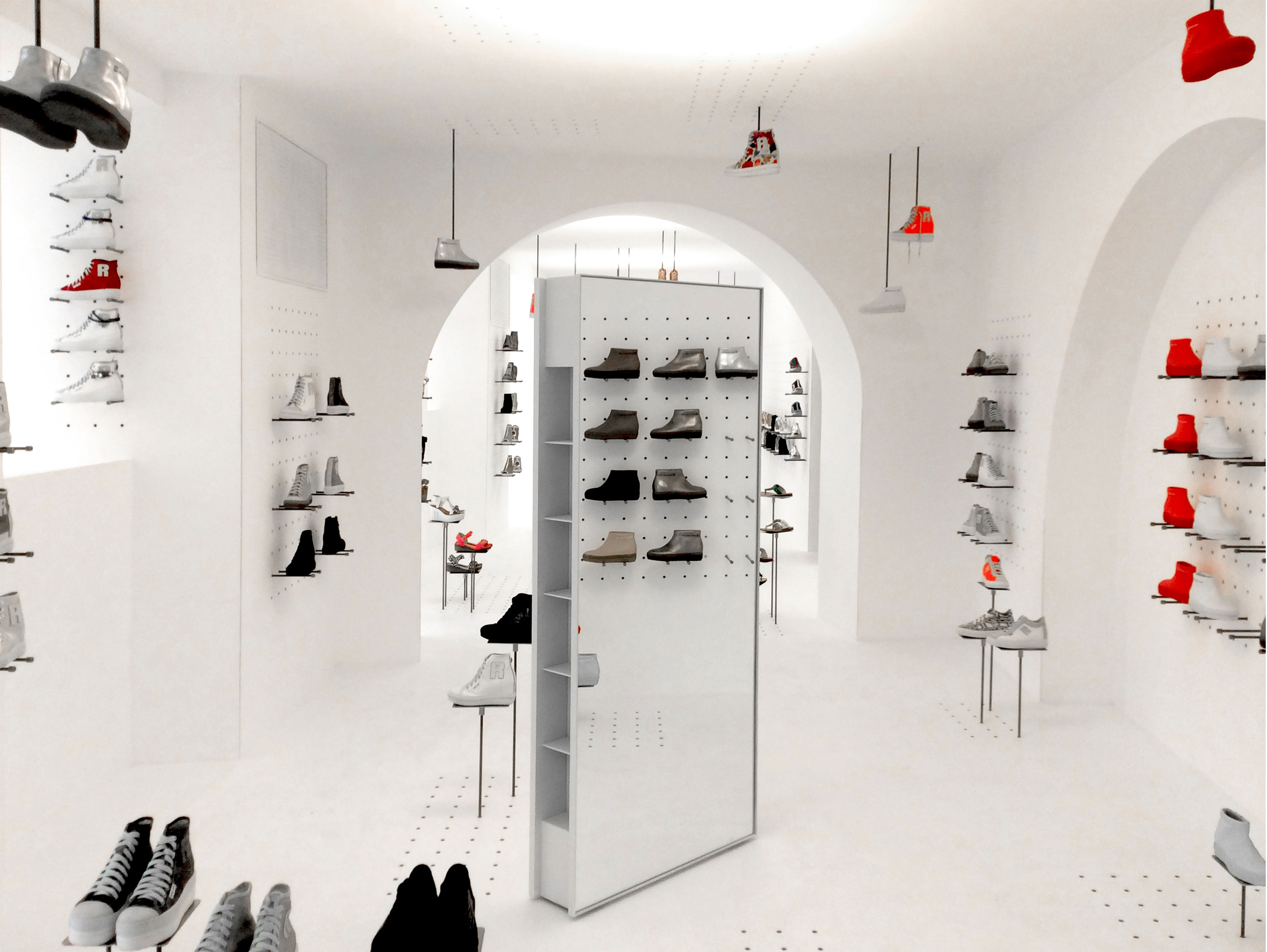 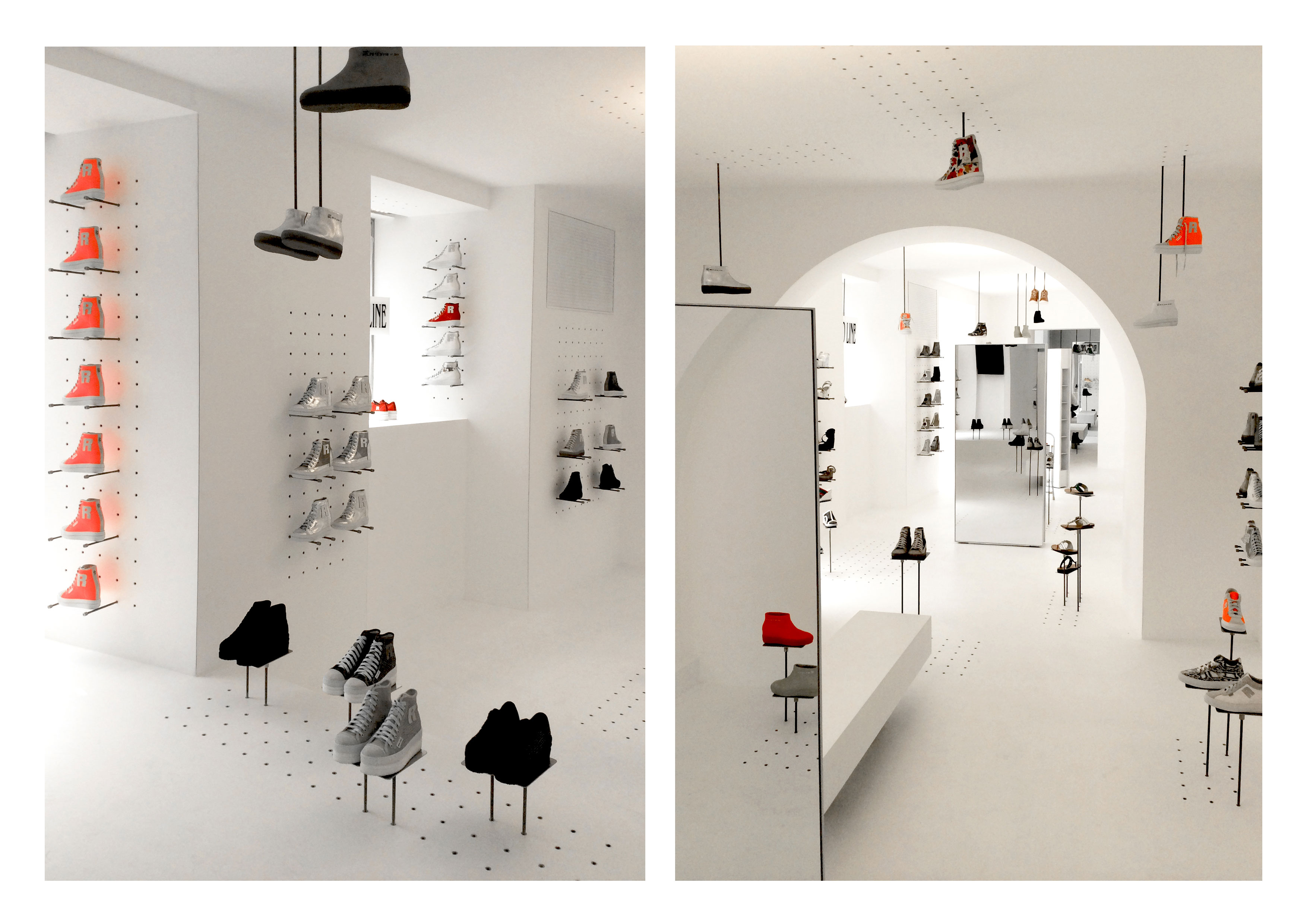 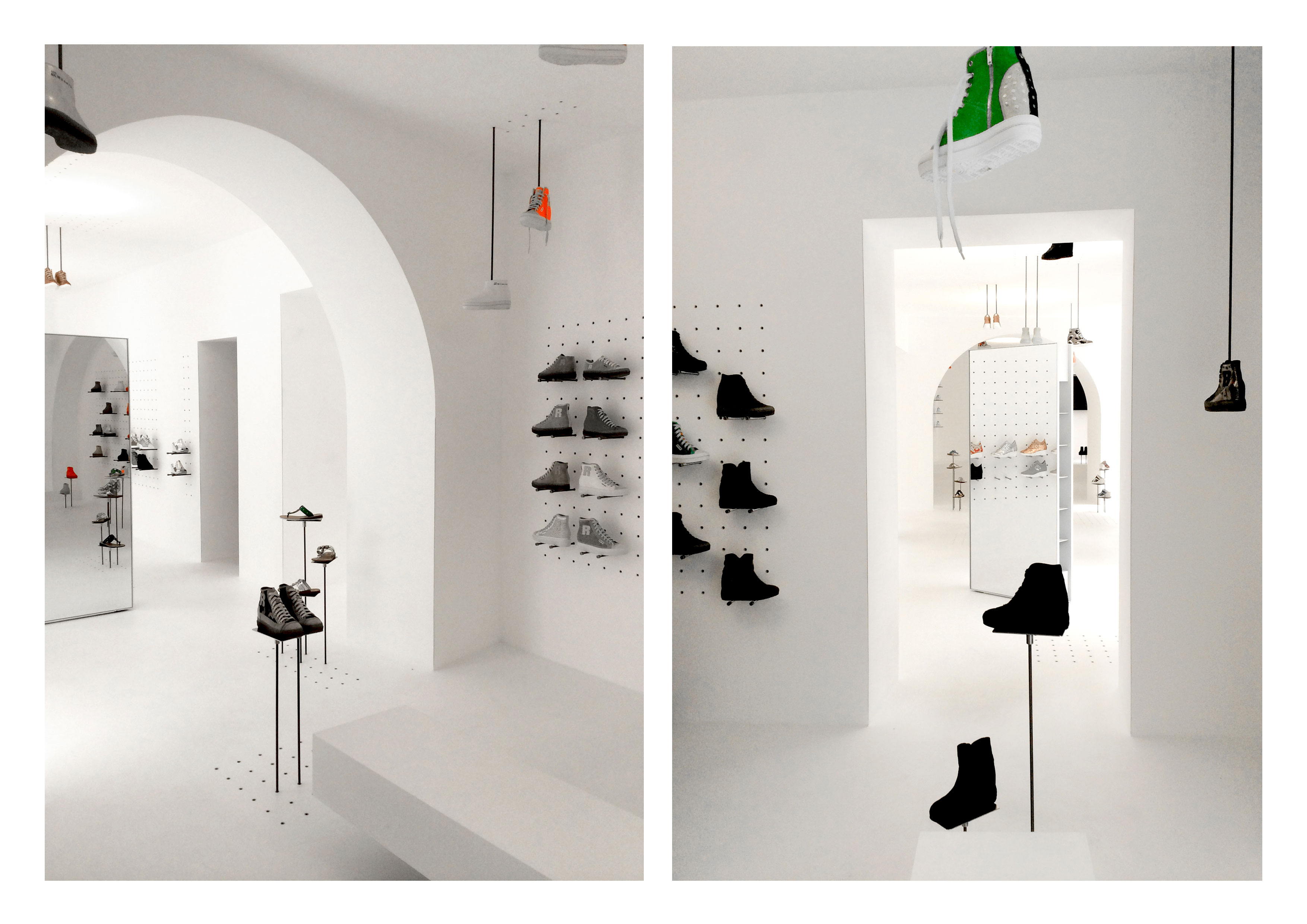 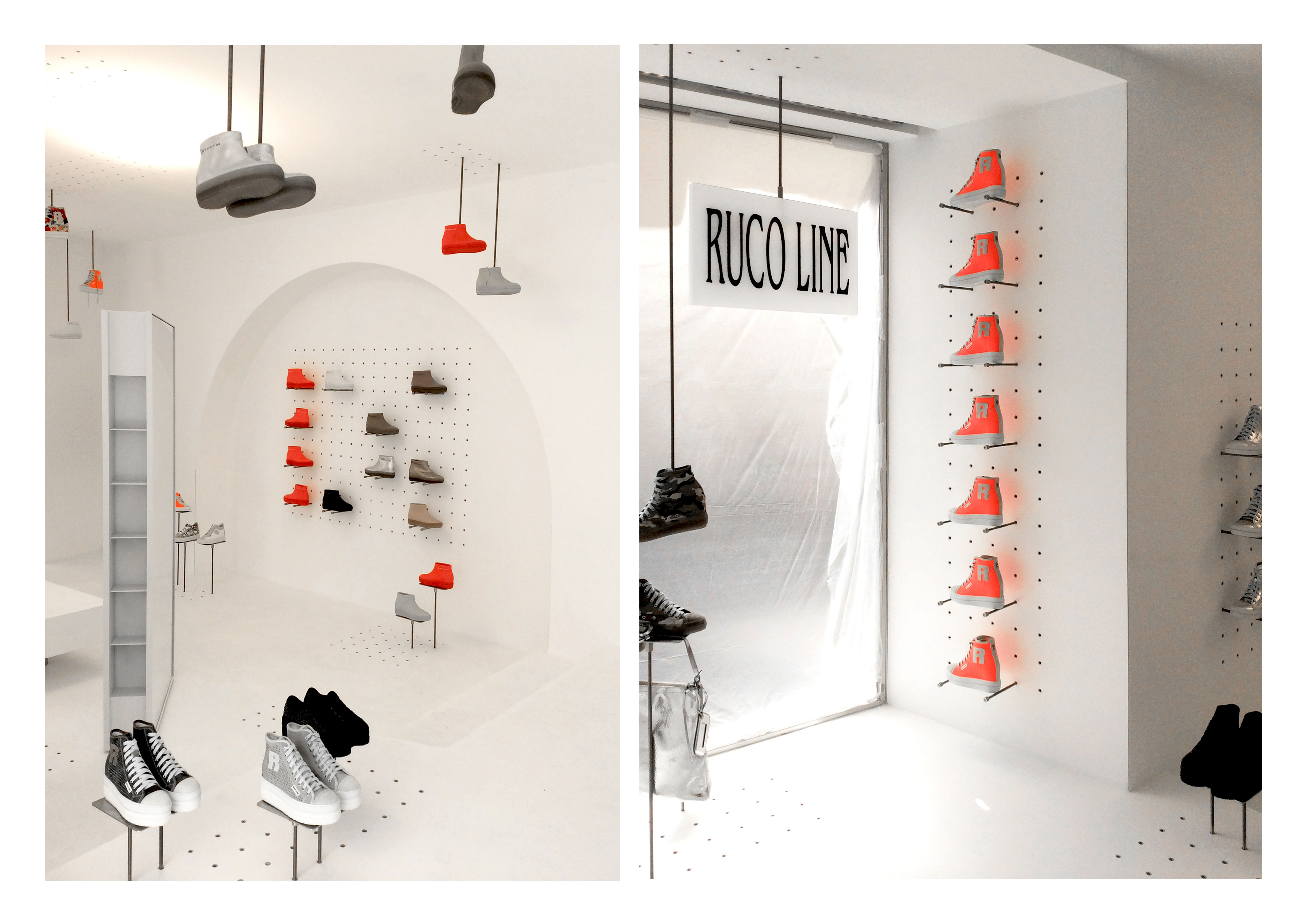 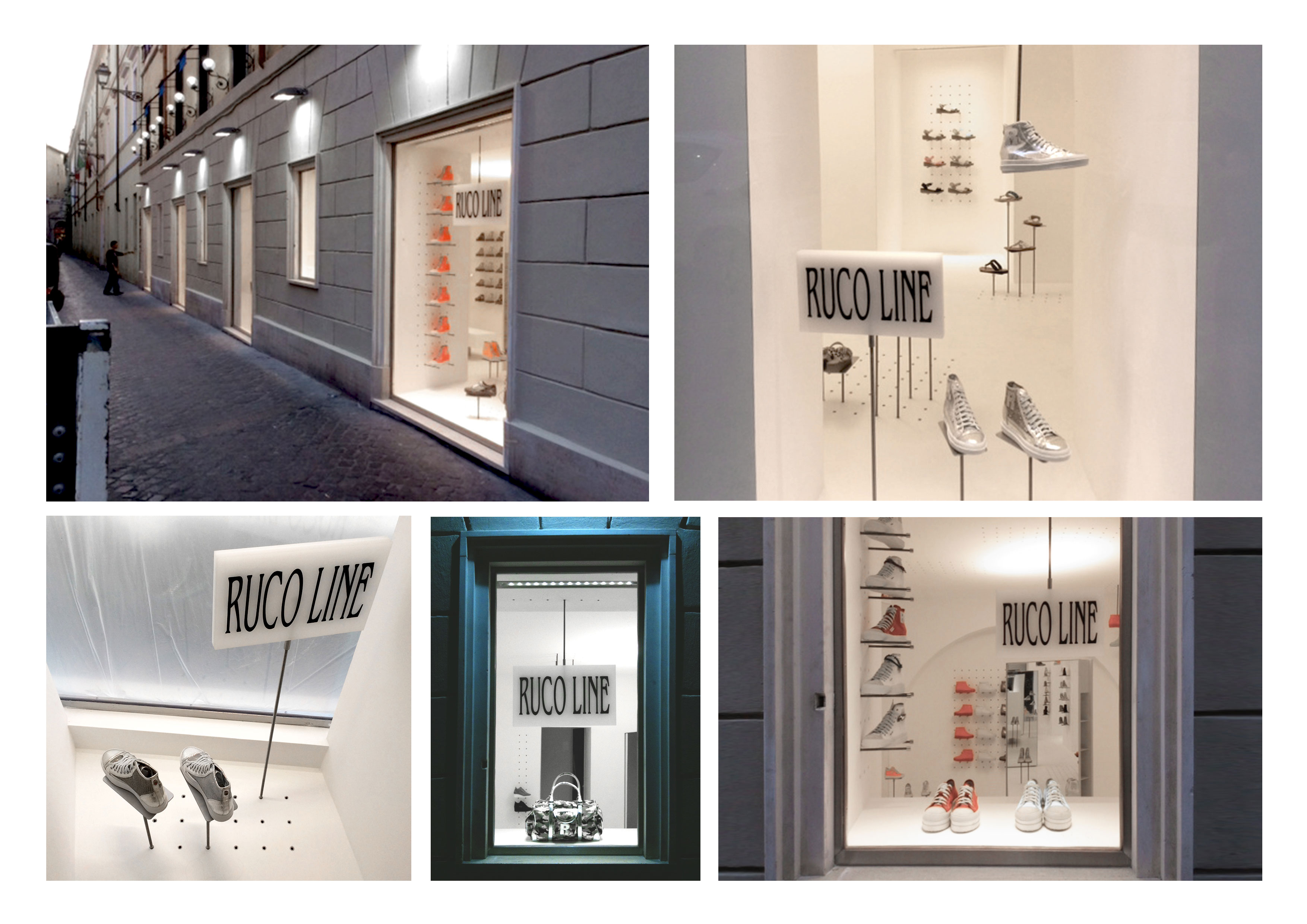 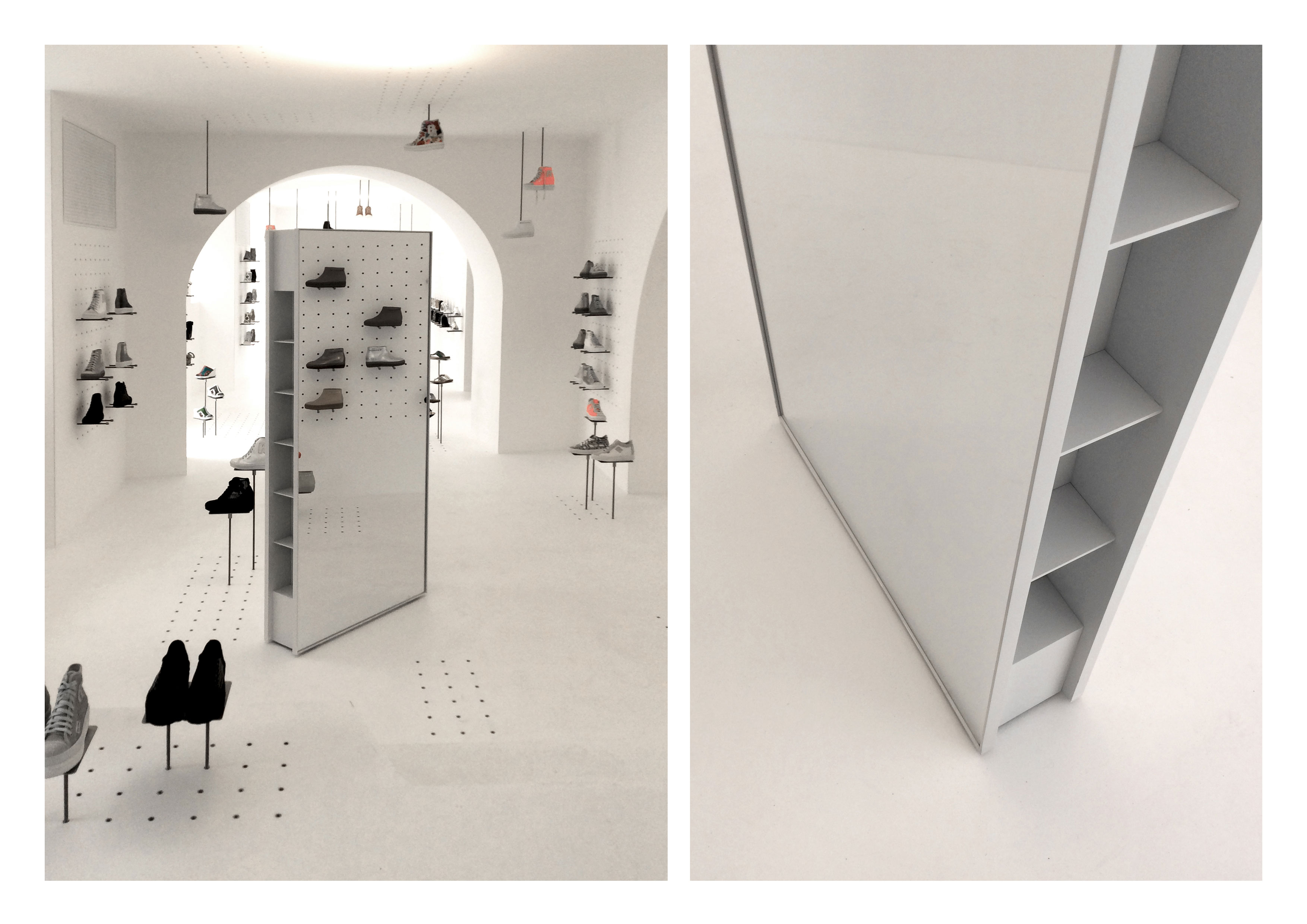 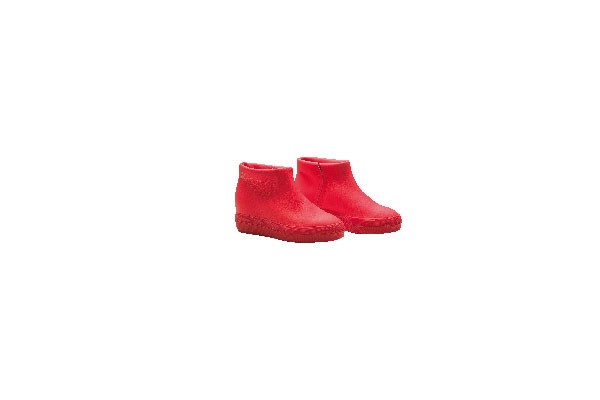 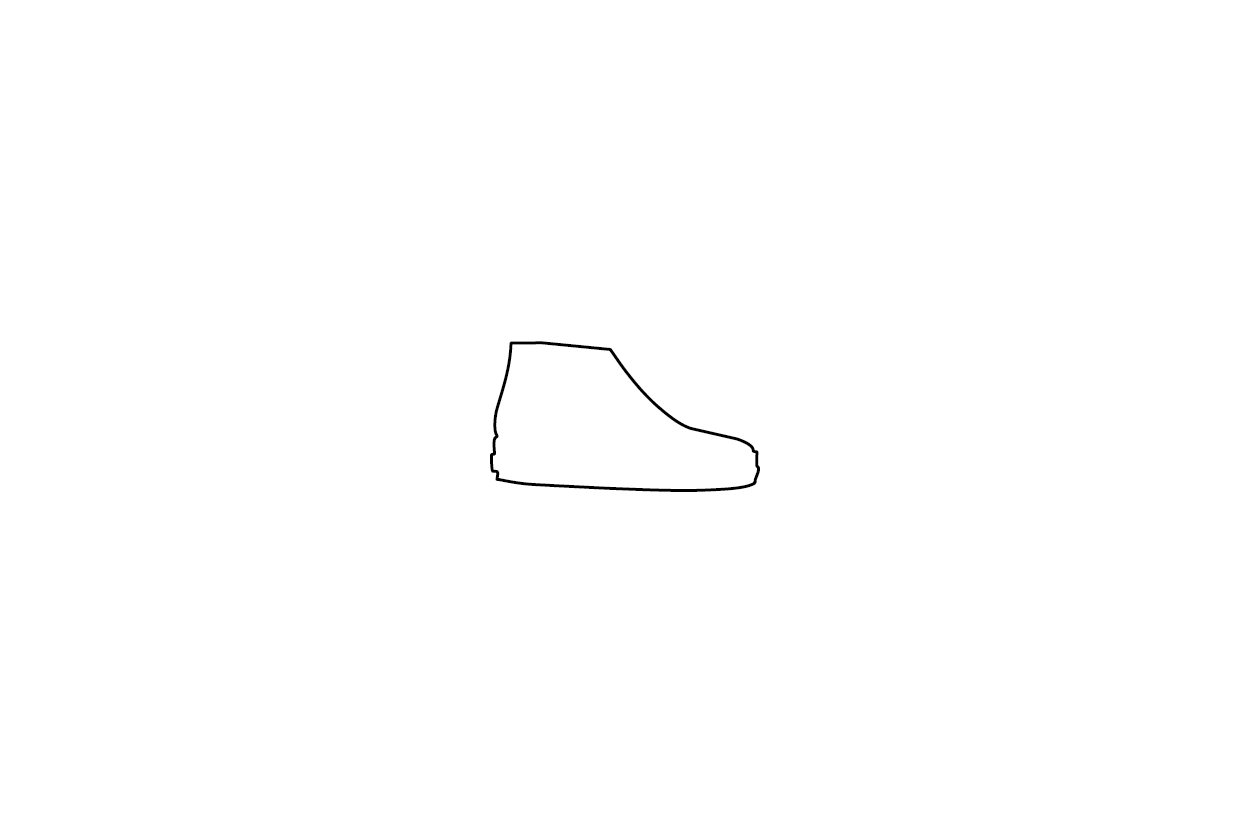 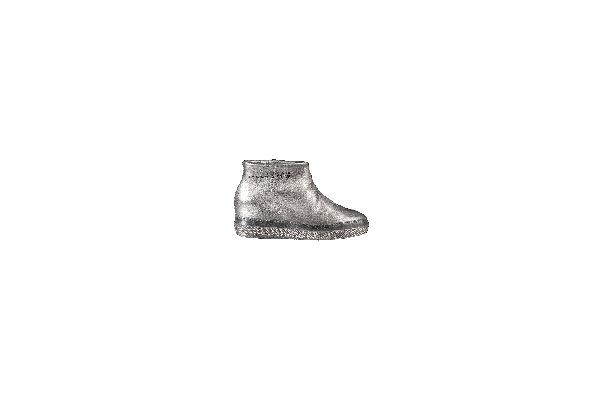 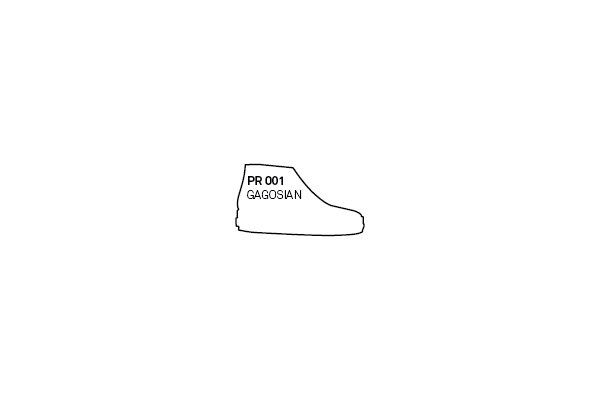