“The starting point for the H&M project was the apartment building on the Champs Elysées at number 82-88. I’ve never thought it looked very Parisian. It was built in the 1960s-1970s, with a prefabricated concrete façade that bore no relationship of continuity to what was around it. So I tried to bring the substance ofParisback to the façade and to put H&M in the colour ofParis.

We found the limestone blocks inParisquarries, studied stone-cutting and the cuts of stone needed to recreate a façade that belongs to the Champs Elysées. Behind the H&M façade, which stretches for60 metres, we put up rows of vaulted rooms and thick walls designed to give the Champs Elysées H&M its distinctiveness.”

“H&M offers a unique site, a territory, a space made of stone that’s a little bit timeless; it’s not a store in the sense of a classical interior with floating ceilings, but a very distinct place with a strong identity. H&M has established itself as a newParisarcade: the footpath extends inside, so you can just walk in off the avenue as if you were still in the public space ofParis, and then go out again into the Galerie des Champs, and so experience once more the charm of the promenade that is the Champs.

The voluminous galleries,60 metreslong and80 metresdeep, form the framework for assorted programs. In this mono-material space large screens –some are three metres long – circulate horizontally and vertically over 3 levels. Gorgeous images run on in stratified layers behind the thick façade, seeming to emerge from the ground and disappear into the ceiling, as in a game of bobbing Cartesian devils moving to very different rhythms.”

‘What I love about H&M is an attitude; it’s the constant surprise of goods that are always changing, it’s the creators invited in. A store is like a theatre or a concert hall, it’s a tool that can be transformed for all sorts of events or ambiances. H&M is a whole system in itself, one that pits an unstable electronic architecture against a perennial mono-material architecture that belongs to no particular time: apart from the ballet the screens, moving articulated arms integrated into the vaults turn into support surfaces for programmable lighting. The furniture, which is essentially constituted by trolleys, or little shelves that can be clipped onto tracks built into the walls, can be reconfigured within the space at will by guest creators or for special events such as fashion parades.” 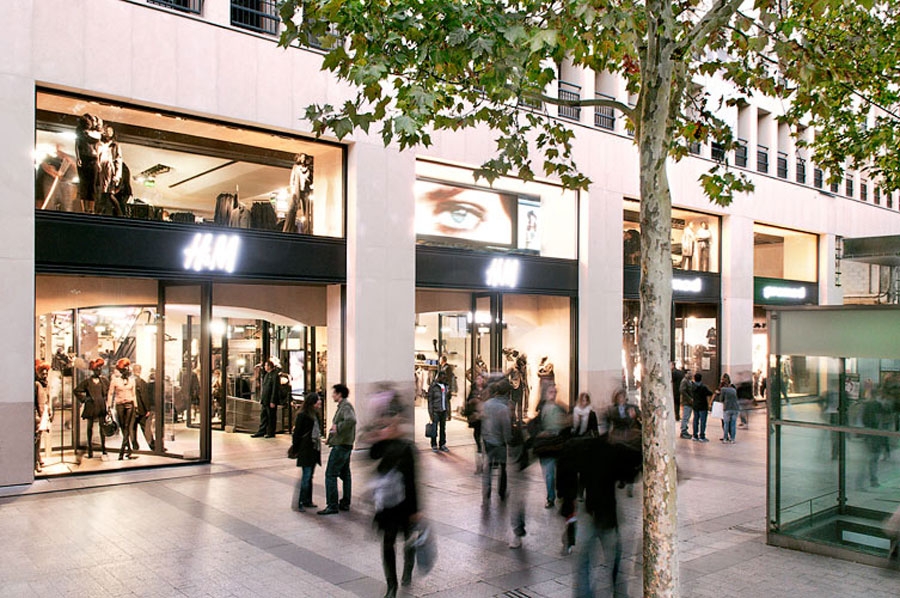 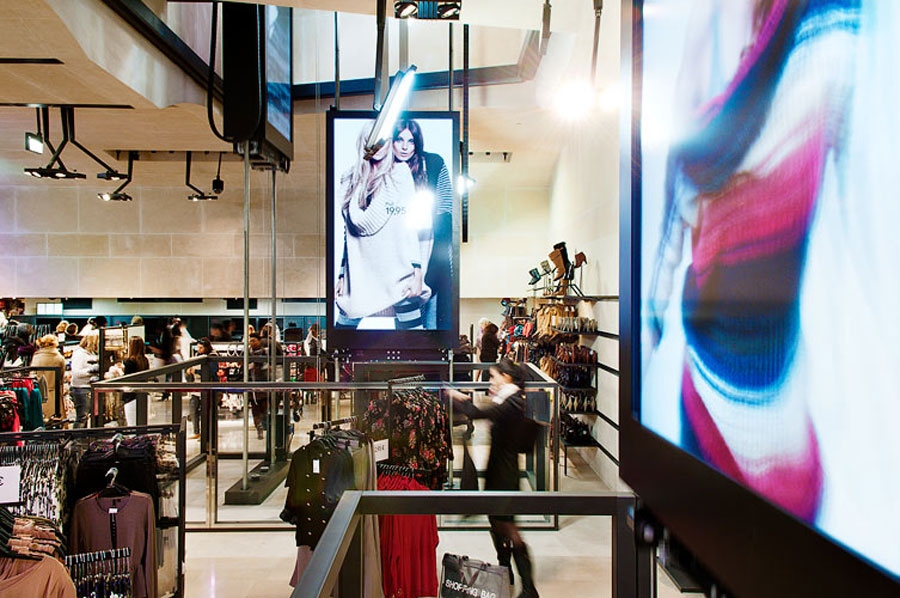 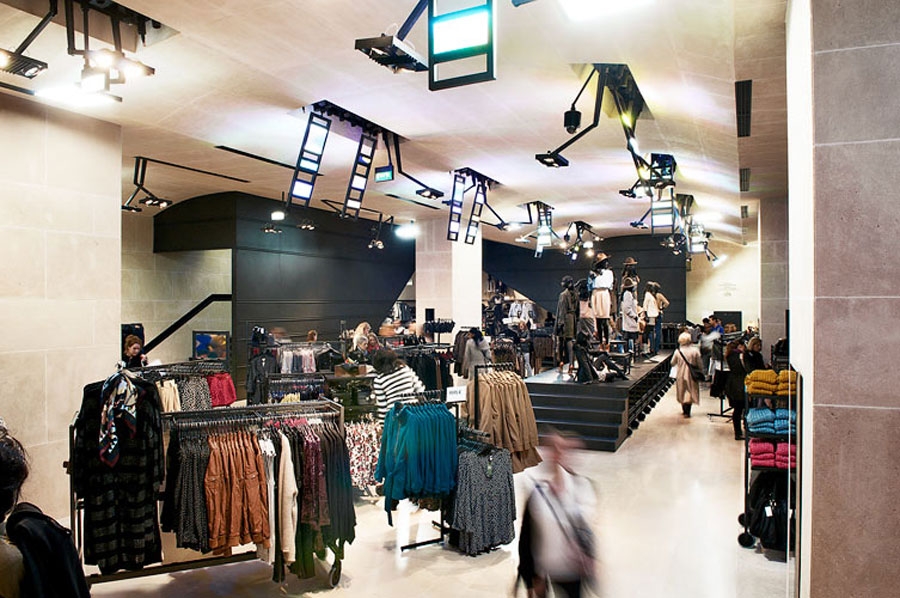 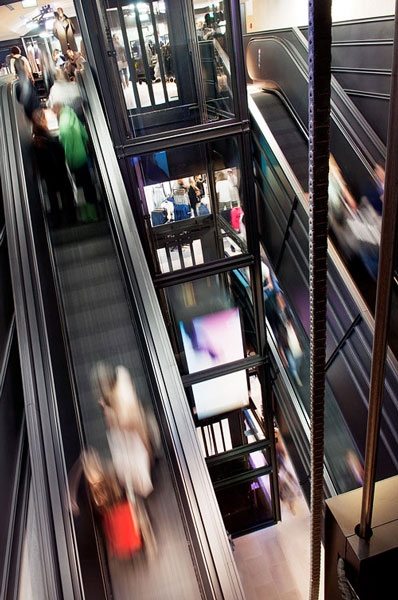 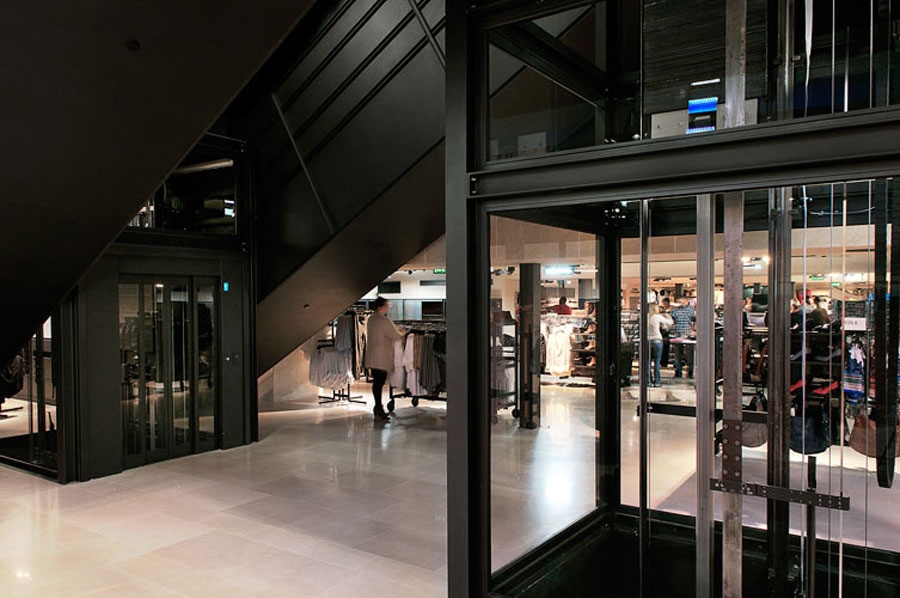 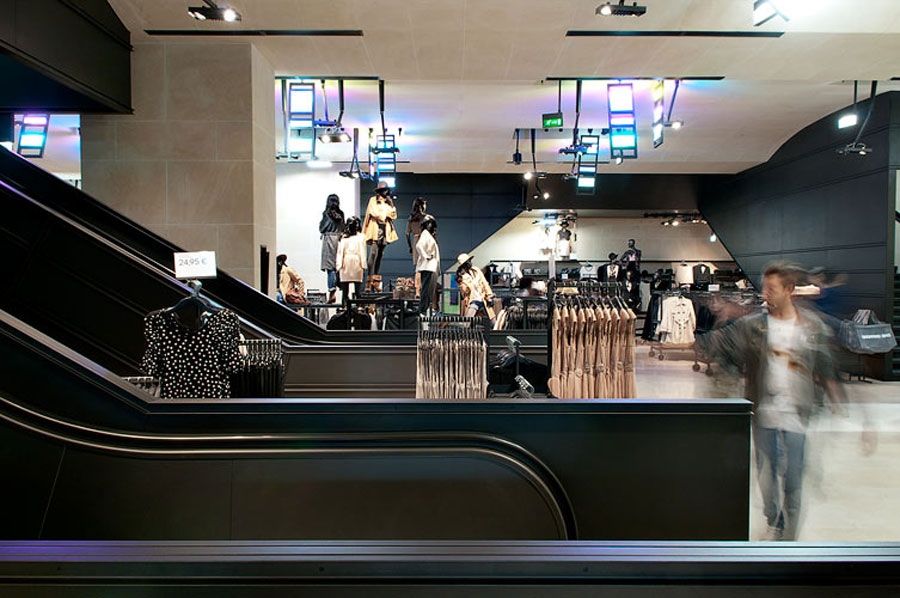 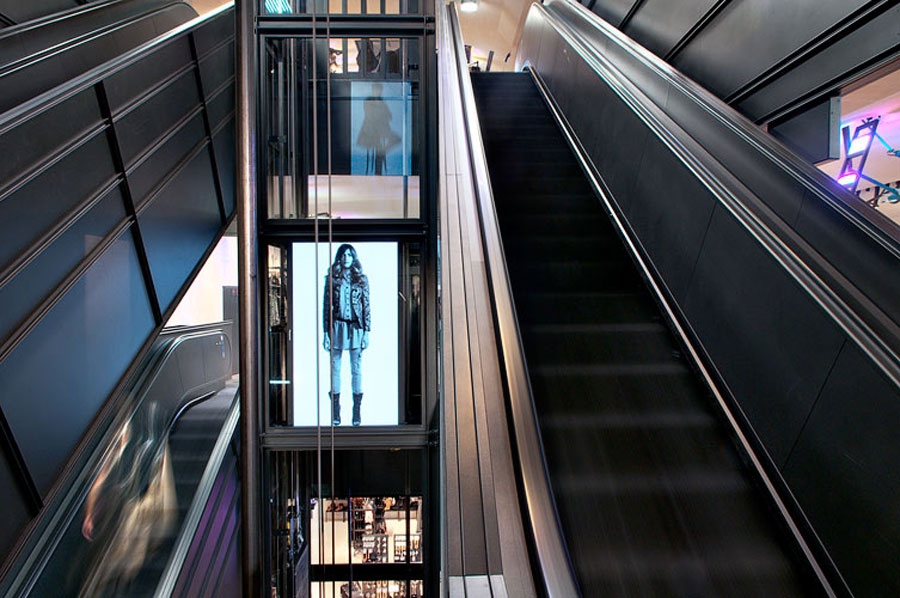 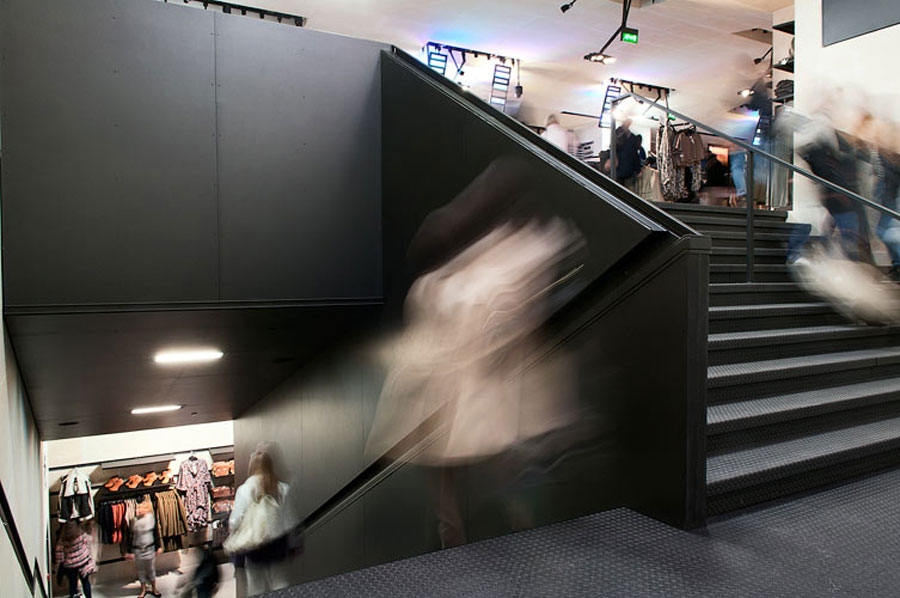 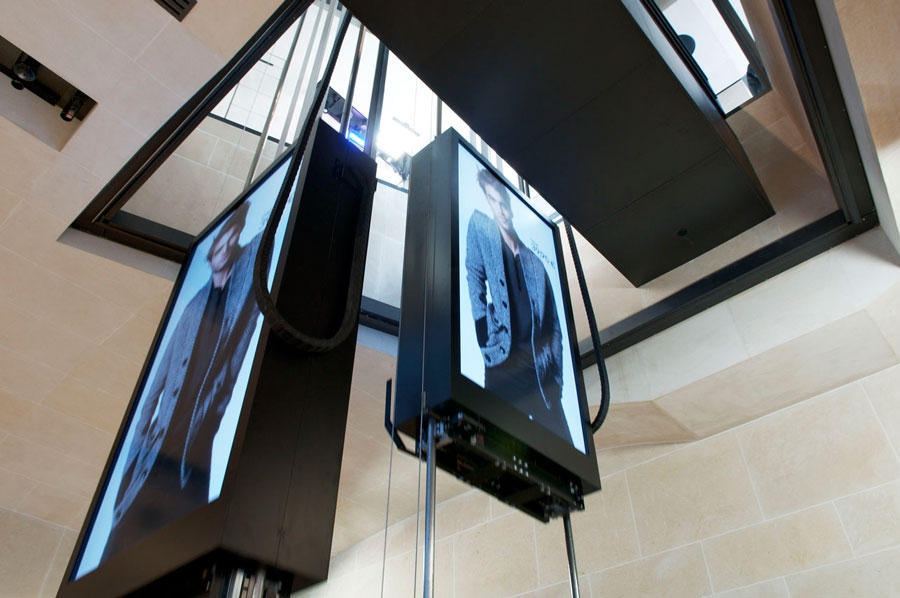